This versatile instrument comes from the same family as the violin and viola. The cello can be used both as an accompanying instrument and as a solo instrument. Due to its large body the cello has a very unique character and a very full, loud and warm tone. Even in modern music the cello is often found and is often used in folk and pop music. Due to its size, the instrument is played upright in a sitting position and has a so-called spine, which is located at the lower end of the sound corpus. The Bow is also slightly larger than that of a violin or viola. The cello is tuned very low (C/G/d/a), but because of its long neck it covers a very large frequency spectrum.
Cello 4/4 with soft-bag 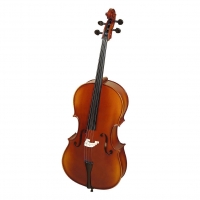 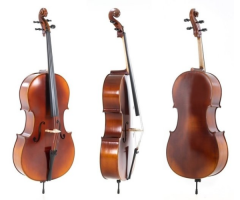 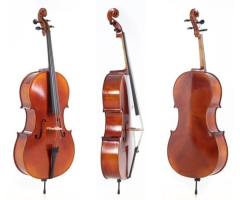 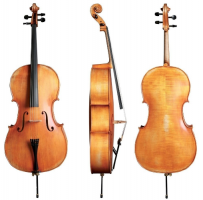 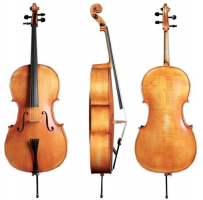 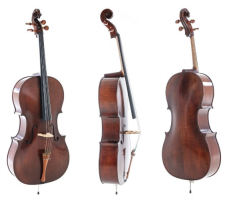 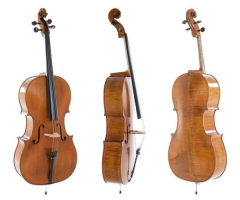