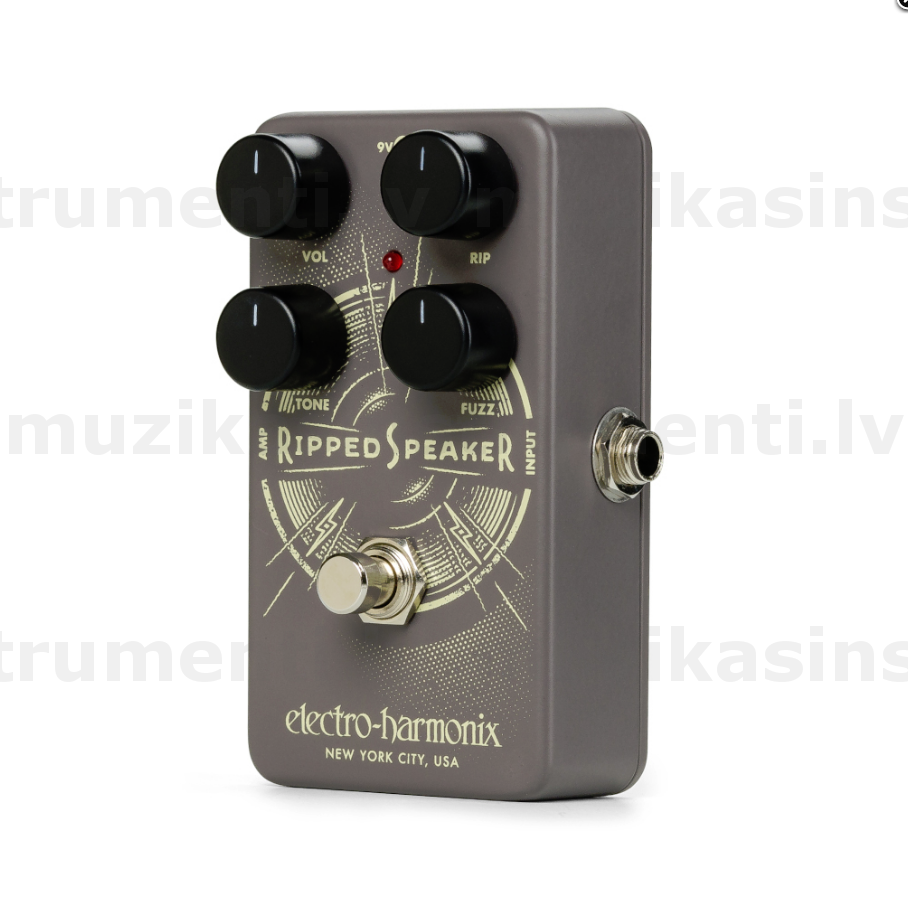 The Ripped Speaker is a modern fuzz with old school roots and pays homage to one of the ways that early, distorted guitar and bass sounds were made. At low fuzz settings the pedal emulates the lo-fi distortion sounds of yesteryear, the kinds of sounds created by a razor blade applied to a speaker cone, a loose tube or a faulty channel on a recording console. When you crank the fuzz up the sound is transformed. It’s modern and monumental with a searing, fully saturated, fuzz tone.

The Ripped Speaker’s RIP knob is a bias control which sets the amount of clipping at the top and bottom of the signal wave form. It adds a lot of versatility and lets you tailor the character of the fuzz. Noon is neutral, a position where the fuzz is perfectly biased... fat, with a great low end and top end bite without being harsh. As you turn the knob clockwise the pedal produces a hard gating effect and the signal sputters and chokes. It’s great for creating a dying battery effect. Turning the knob CCW produces yet a different style of fuzz with a smoother gating effect where the signal fades out quickly. 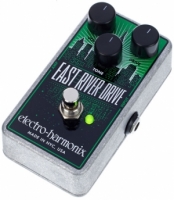 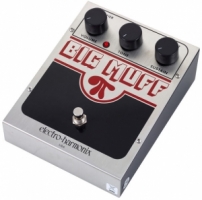 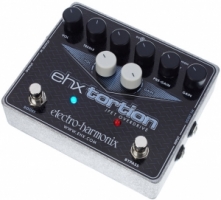 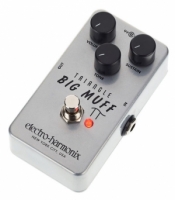 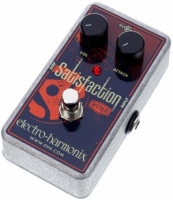 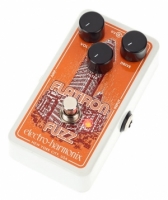 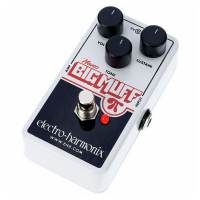 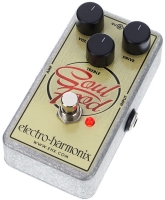 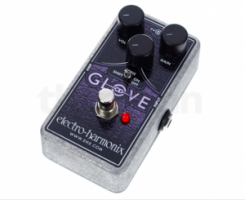 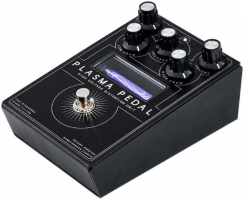 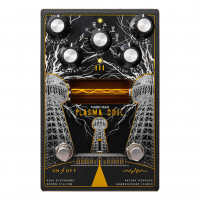 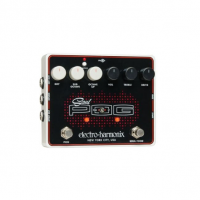 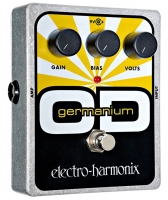 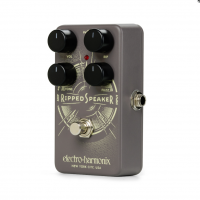 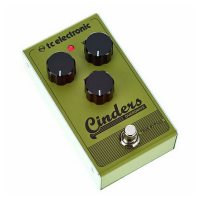 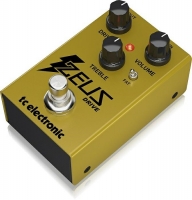 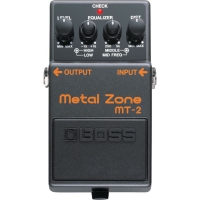 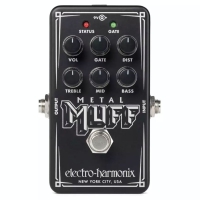 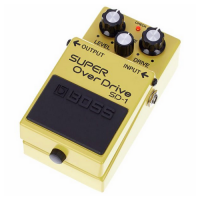